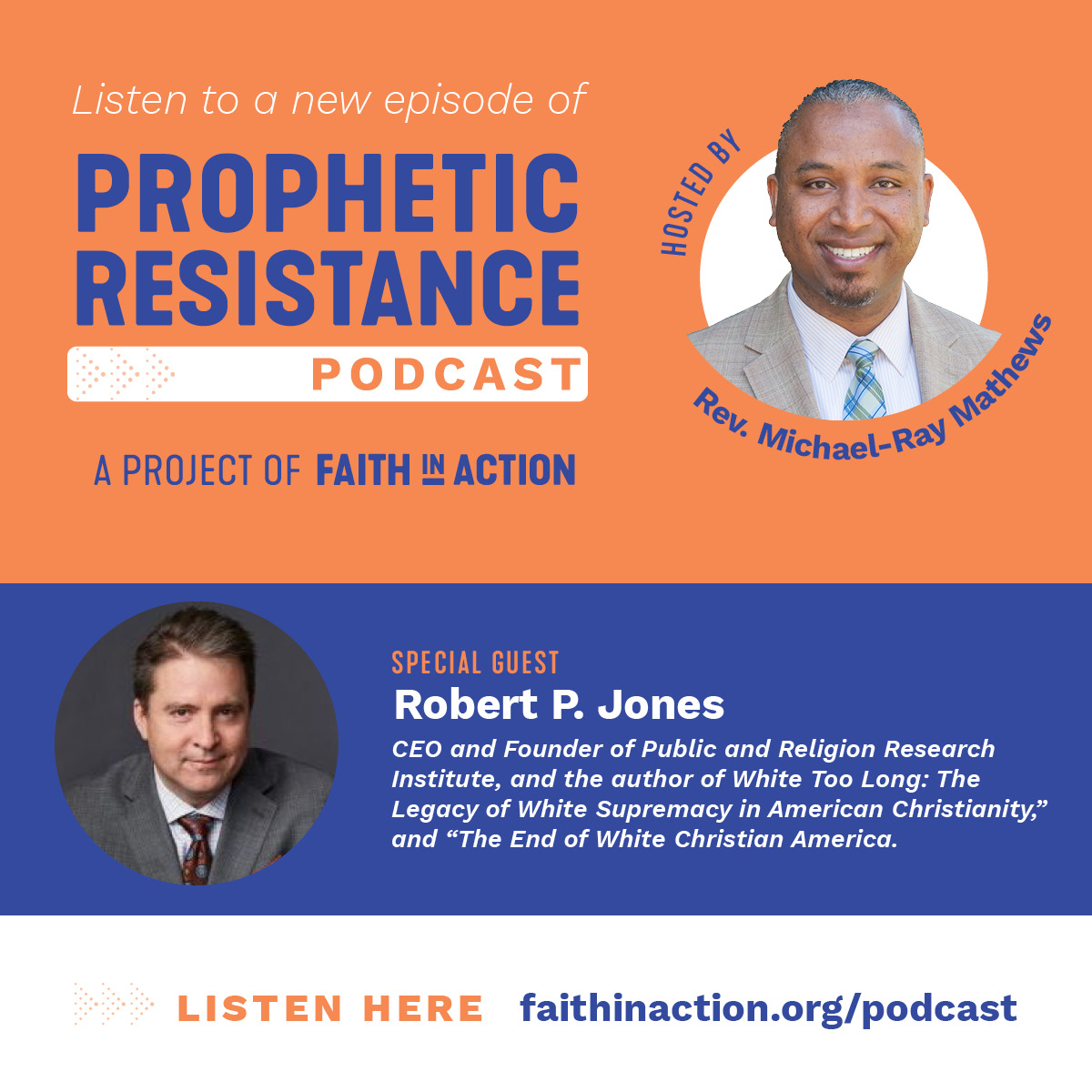 Our guest is Robert P. Jones, the CEO and Founder of Public Religion Research Institute, and the author of White Too Long: The Legacy of White Supremacy in American Christianity,” as well as,  “The End of White Christian America. Robby’s research, analysis and storytelling unpacks the history of the institutional white church in the production of white supremacy in our culture.

Robby and Rev. Michael-Ray Mathews I talked about Fredrick Douglass, James Baldwin, and their respective Georgian roots. And they talked about the specific responsibility that our white kindred have to disrupt the power of white Christian religion to perpetuate and produce white supremacy.  Disruption is uncomfortable, but it is a necessary catalyst toward a reimagined Beloved Community.  So we invite you into this conversation and encourage you to hang on for a special announcement.  Show Notes: Learn more at https://www.prri.org/